Not only are hockey players swift with their movements on the ice, they’re pretty sleek in their life as well. ‘Goal, Glory and Girls’ these are what all hockey players have in their mind as they start their career. Hockey players might not be as famous as soccer or basketball players, but when it comes to their personal lives, they are in par. Smoking hot beauty, bombshell, model, athlete, actress or ‘a fine beauty’ down the road, hockey players can have it all.

Most of the hockey players in their 20s or 30s become a player of common gossip. Good game play, crazy and lavish cars, big mansions, a large fan base, wealthy endorsements and WAGs; these are the perks of playing in NHL. They know how to play their cards right and end up with a hot and smart woman for themselves.

NHL might be down the line in the list of most watched sports league in the world, but there is no doubt that players playing in the NHL can get girls just as right as the rest of the sporting world. Broken tooth or black eyes at times, nothing matters much.

So, take a look at the 10 hottest NHL WAGs. Be careful- they are sure to melt your ice. 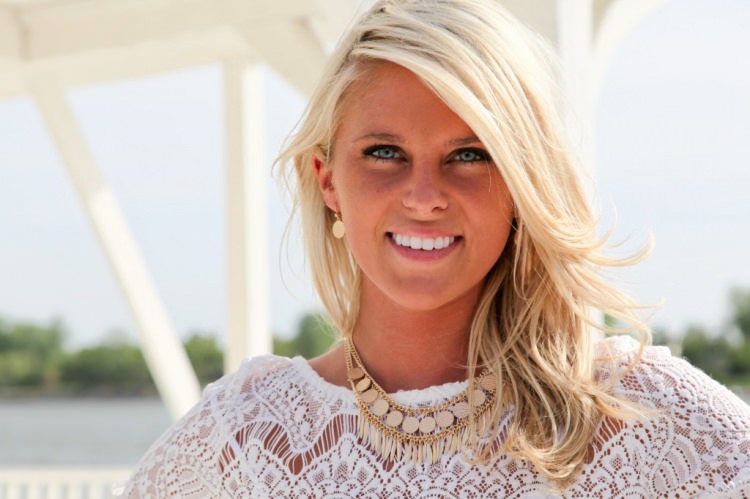 Good ol’ Minnesota girl Lauren Cosgrove is married to TJ Oshie, an Olympic hero who plays for the St. Louis Blues. The couple got famous after Oshie’s impressive shootout performance at Sochi and their social pedestal is on fast wheel these days. Oshie has always praised his girl and mentions how flaunting and gorgeous she is on social medias, which is obviously because she’s way better than any deke Oshie could ever pull off. 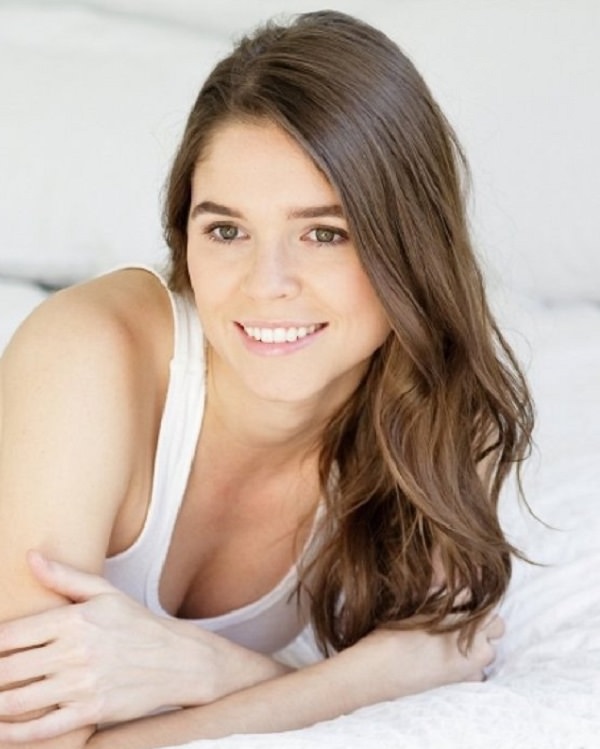 Born to legendary Al McGuire, Brenna is herself a basketball player and the second player to have the most all-time 3 pointers for University of Virginia. Brandon Dubinsky, who plays for the Columbus Blue Jackets might not be flamboyant with his looks, but he surely does have a hot wife. The couple married in 2012 and has been a common gossip property in NHL then-after. McGuire currently works a fitness model. 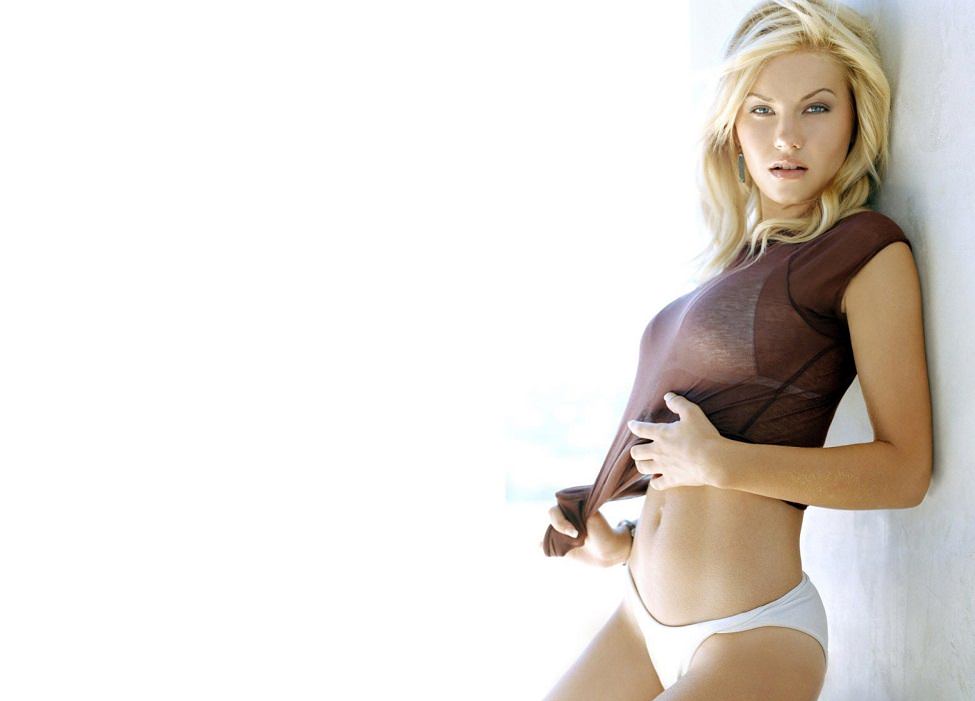 Canadian actress Elisha Cuthbert is known in the NHL world for dating a number of macho men in the hockey league. Having been on long term relationship with Sean Avery and Mike Komisarek, Cuthbert started dating the captain of Maple Leafs, Dion Phaneuf in 2008. A model and actress by profession, Cuthbert comes from Alberta, the same place where Phaneuf hails from and maybe that’s what got them married in 2013. Cuthbert appears on a number of magazine covers and is regular in the list of hottest women in the world. 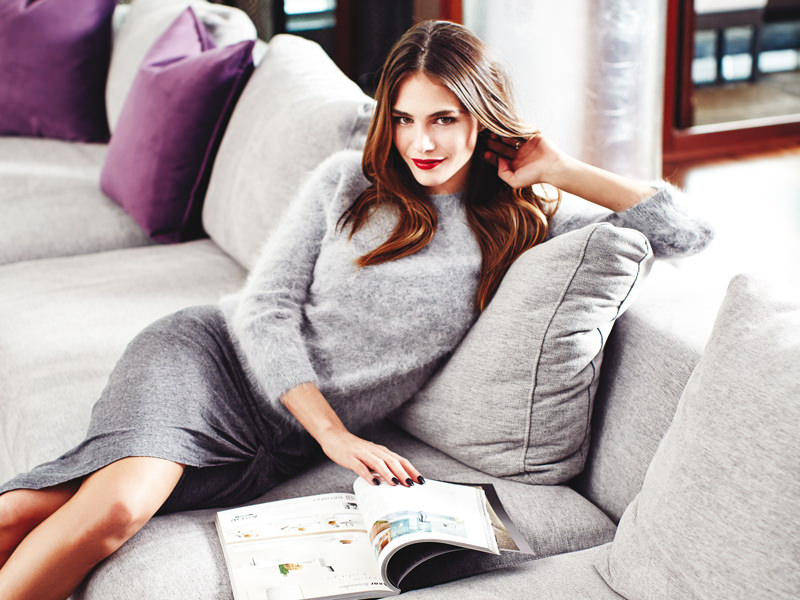 Quebecoise actress and television celebrity, Marie-Pier Morin is in a relationship with Brandon Prust who plays for the Montrealers. Having played for the Big Apple before 2012, the quick-to-fight and power Prust left for Montreal Canadiens to be with his beautiful girl. A Canadian girl-next-door kind of beauty, Morin is making her name as a model and actress with her stunning looks. 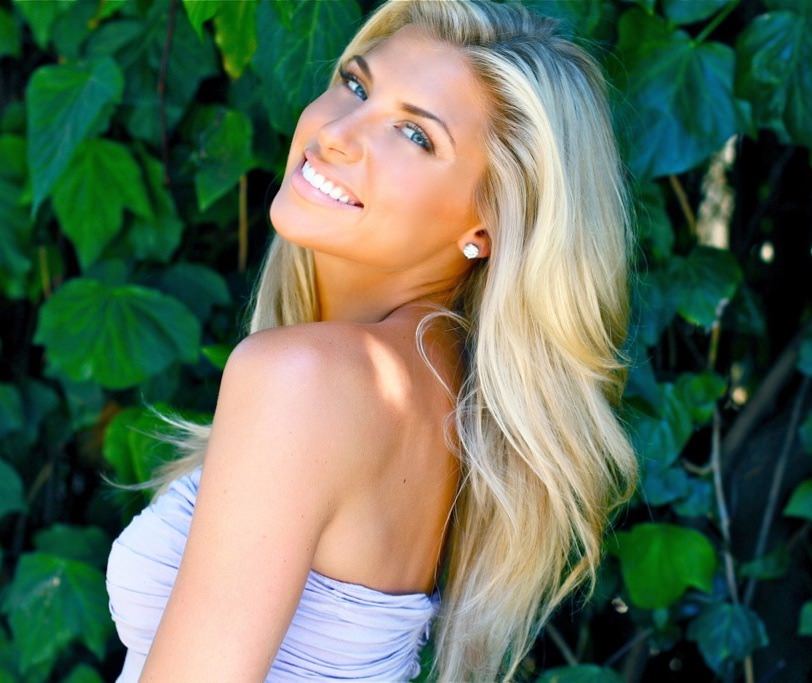 Scottie Upshall’s model and sports reporter girlfriend Melanie Collins has worked for E! News Now, Big 10 Network, the PGA, NASCAR and more. The couple started dating since 2009 and Collins is surely a bombshell that Upshall is handling perfectly. A sideline news reporter, Upshall must really be happy to have someone who can understand what he does on the ice. 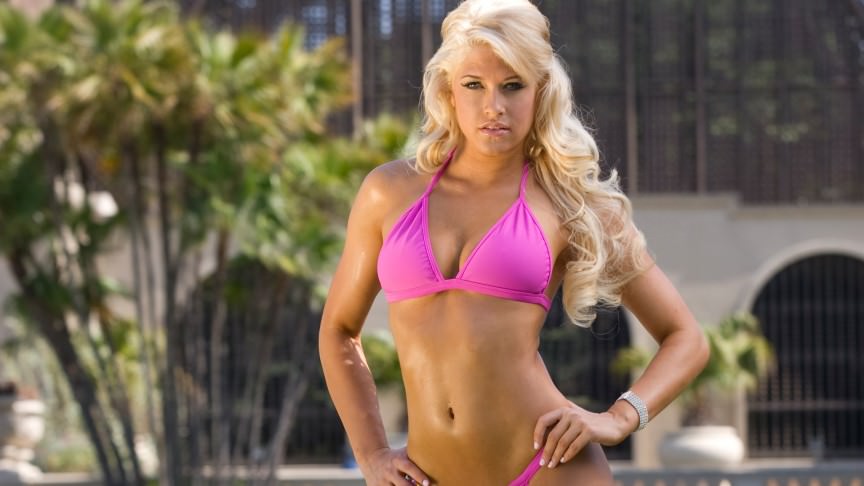 Anaheim Ducks player Sheldon Souray is currently engaged with WWE wrestler Barbie Blank who is better known as Kelly Kelly. Having been married to Anjelica Bridges before, the couple split with a nasty divorce and Souray must be really happy to have a better, beautiful and hot girl in his life. Abilities to perform well in the game with slapshot and model looks, that’s what will get him hitched with Blank soon. Atleast, we’re hoping so because it surely would be a shame if it did not work out with such beautiful girl. Ain’t it? 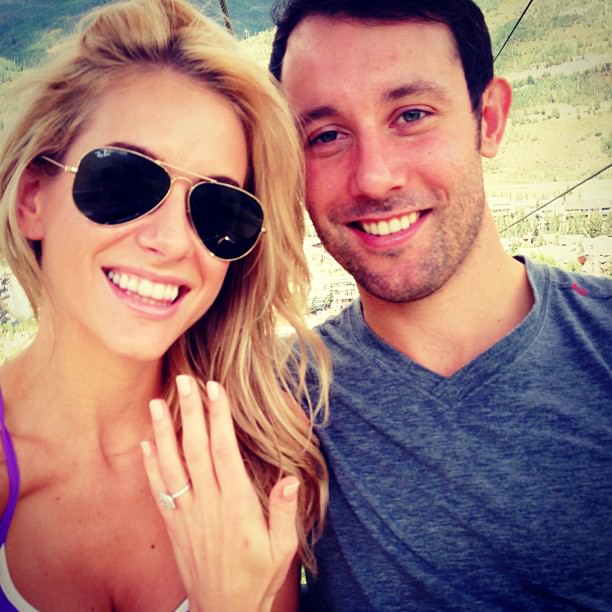 ‘Girl Next Door’, Rachel Linke is drop dead gorgeous and belongs to Sam Gagner who plays for the Arizona Coyates. Linke is a medical graduate from University of Alberta Medical School, and what more could be wonderful than your doctor girl taking you back to strength? The couple married in 2014. 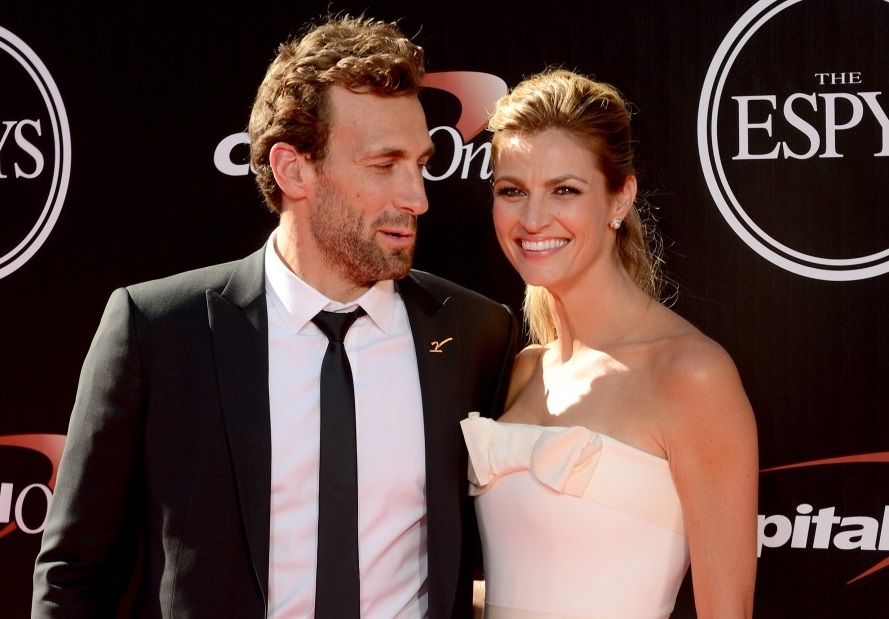 A man who plays hockey and a woman who reports about the same game; what more is required to make a power couple? Jarret Stroll and his girlfriend Erin Andrews rule the NHL on field and outside. ‘America’s sexiest sportscaster’ and owner of two Stanley Cup rings, Andrews and Stroll surely are the highest rated couple in hockey (because Ovechkin and Kirilenko are not together now). 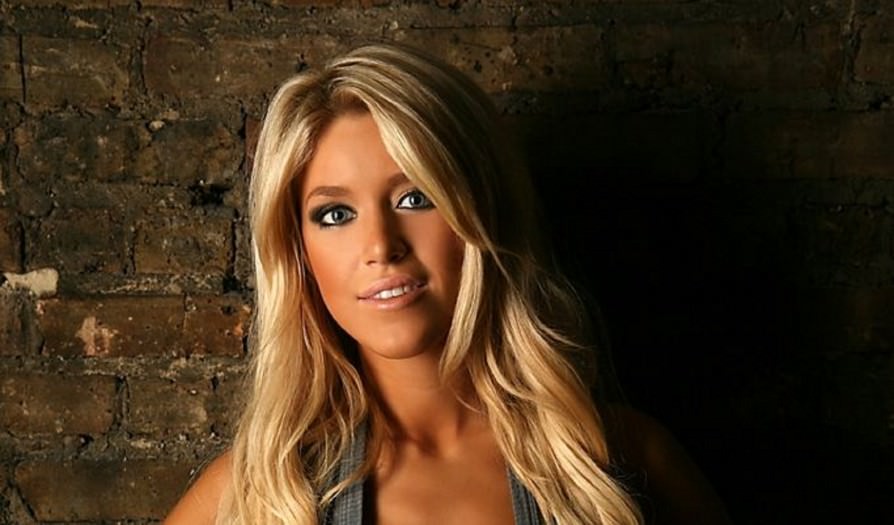 Chicago model and hairdresser, Lindsey Vecchione is currently in a relationship with Chicago Blackhawks captain Jonathan Teows. ‘Captain Serious’ Teows is a Canadian hockey hero, league-favorite and the best man in the league. And, it must really be tough for him to approach girls with his serious nature. But wait, he has Vecchione, a bombshell Playboy diva and bikini model as his partner who’s absurdly hot. Maybe, he surely has some wooing talent people haven’t noticed outside the field. 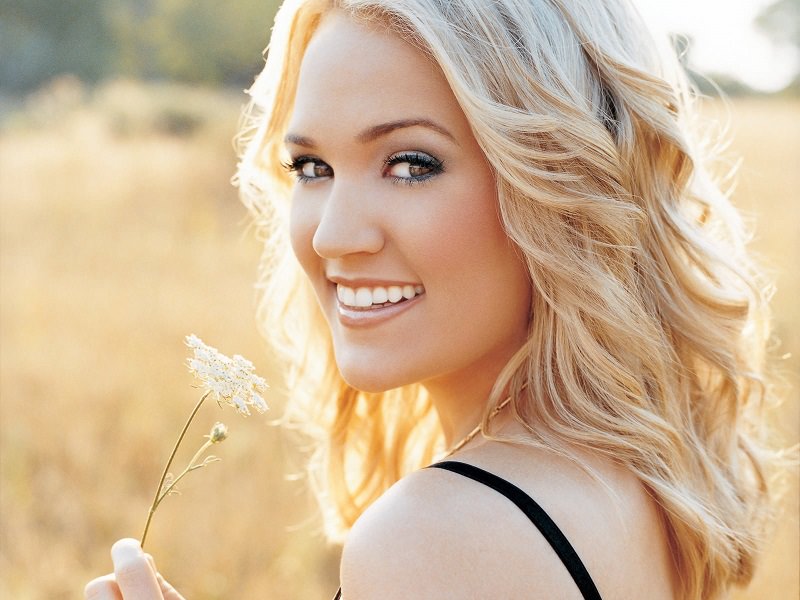 Married to Mike Fischer, the Nashville Predators star in 2010, Carrie Underwood is the 2005 ‘American Idol’ winner and has already collected six Grammy Awards for her country music. An actress, philanthropist and singer with hits like ‘Before He Cheats’ and ‘Jesus Take the Wheel’, the relationship with Mike Fischer surely grew a lot of shock-waves in the hockey world. Whatever it be, Mike Fischer surely have hit his jackpot with Underwood who even performs gigs at Monday Night Football.

So, what do you think of these NHL WAGs? They are absolutely drop-dead gorgeous, aren’t they?