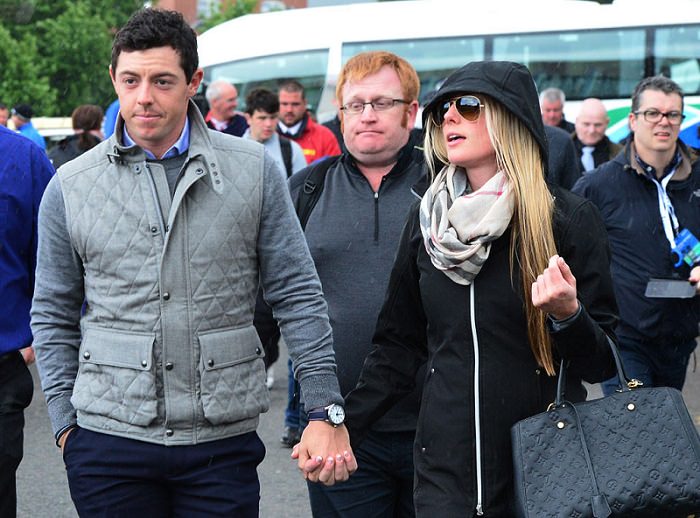 A professional golfer from the Northern Island, United Kingdom, Rory Mcilroy is a member who shares career in both European tour as well as PGA tours. This awesome golfing star was previously engaged to another golf player, Caroline Wozniacki but their two year long relationship and six months of engagement days could not save them from breaking up at the last moment, even after the thorough planning of their wedding.

But nothing to worry, Rory is already through this dark side and has found with an American girl named Erica Stoll.

Erica Stoll may not be a professional golfer, but is related with the sports as she works in PGA. Rory and Erica met during their sports life and remained friends for almost three years and after Rory’s heart was broken, Erica came out of the curtain to lend him a hand. A year after Rory’s engagement broke, he and Erica have been together and the couple made their relationship public only at the end of May this year.

As read in social sites, Rory has left no stone unturned to say that he is extremely happy and in love with Erica. Their smitten tweets and Rory’s frequent visits to Palm Springs, where Erica homes, has more than proved their love.

As for us, we are really happy to see Rory Mcilroy happy and wish this couple the best for their future endeavors.